Initial public offerings or IPOs are known as a great way for investors to make a big profit in a relatively short time. On average, they can bring investors 40% returns in the first 3 months. Once the initial funding stages are out of the way, IPOs can be a great way for companies to gain exposure to the open market, help the company grow by attracting more capital, and improve liquidity.

A vital piece to any IPO process succeeding and to any IPO analysis giving promising returns is coffee. With that being said, what better combination for an IPO process than a specialty-roasted coffee company based out of California? The Reborn Coffee IPO gave birth to a new retail coffee company that has been increasingly taking market share. Keep scrolling to find out more about Reborn Coffee going public.

Before the Reborn Coffee stock IPO, the company was founded by Jay Kim in 2014 with the goal of bringing premium third-wave coffee back to a market that was drowned out by mass production and convenience. This was done through an innovative washing and roasting process that focused on a balance of precision and craft. Reborn Coffee uses magnetized water to wash its coffee beans in order to extract impurities and enhance hydration before the roasting process, providing a bolder and more pure taste to its specialty brewed coffees. The unique recipe using germinated superior-grade green coffee beans and water has been locked down by Reborn Coffee through patent, making its product one that is available nowhere else. The magically brewed coffee has been working, as 60% of sales come from repeat customers of various cafés. Furthermore, the company’s coffee has won awards at various competitions in Portland and Los Angeles, giving it claim to the tagline “America’s Best Cold Brew”. We’re guessing now instead of asking “when is Reborn Coffee going public?”, you’re asking, “where is the nearest Reborn Coffee café?”.

Reborn Coffee was founded and is still solely in California, with nine coffee shops spanning across the state. Despite the coffee shop’s unique washing and brewing method, it has yet to turn a profit, bringing in a revenue of $2.3 million in 2021 that result in a net loss of $3.4 million. The negative net income is to be expected for a startup company, and a decent amount of the losses can be attributed to Reborn Coffee’s continued expansion of opening new shops worldwide.

In addition to a unique approach to coffee brewing, the Reborn Coffee IPO 2022 was backed by a respected and experienced CEO, Jay Kim. Kim has a history of successfully launching food and beverage companies with his most prominent being Tutti Frutti Frozen Yogurt. Kim founded Tutti Frutti Frozen Yogurt in 2007, which expanded to 1,200 locations in 35 countries before being sold off. The backing of Jay Kim, and an ambitious crew of baristas allowed for a successful Reborn Coffee IPO date and price. Let’s jump into a recap of the event.

The Reborn Coffee stock IPO date occurred on August 12, 2022. This came at a slight delay to the company’s expected first quarter 2022 IPO timeline, but nonetheless, it was a very successful first day for the company. The Reborn Coffee IPO price was $5 per share, with the company issuing 1.44 million shares. This issuance included an overallotment deal for the underwriters of 216,000 additional shares, headed by EF Hutton Investments LLC.

Reborn Coffee had quite a joyous experience on the first day of its IPO, as shares traded up 80%, reaching a high of $12.45 per share. Unfortunately, the hype was short-lived. The first day of the Reborn Coffee IPO date was certainly the best, as shares dropped down over the next several days, and now currently trade at $0.83 per share. The significant sell-off is not necessarily due to the company’s poor business model, but rather uncertainty in equity markets, resulting in young startup companies being deemed too risky for current market conditions.

With the over $7 million raised from the equity offering, the company plans to expand through further U.S. store growth, international market entry, and enhanced e-commerce channels. Reborn Coffee has stated that it takes approximately $100,000 of capital to set up a kiosk and between $200,000 to $300,000 to set up a retail café. This gives Reborn Coffee a significant opportunity to move to new markets and go through with its plans to open 40 new company-owned retail locations.

Now that the question of “is Reborn Coffee publicly traded” has been answered, does the coffee shop deserve your hard-earned capital? Disregarding the supposed magnificent coffee flavor, let’s focus on the outlook and growth prospects for the company.

One thing Reborn Coffee has been able to do is to prove that its product has demand in the market. The company went from sales of $793,000 in 2020 to $2.3 million in 2021, and $2.4 million in the first three quarters of 2022, with some estimates expecting total 2022 sales of almost $4 million. All three of these years have and will result in net losses, but as the company focuses on pouring capital into expanding its store locations and online presence, this is to be expected.

With all this talk of expansion, you must be wondering what this expansion will entail. In the short term, Reborn Coffee is planning on opening five new company-owned retail locations in California, which is expected to be completed by the end of the first quarter of 2023. Over the long term the company has stated it plans to open 40 company-owned retail locations and four flagship sites in the U.S., including San Francisco, San Diego, Houston, and Kansas City. Internationally, it is working on an acquisition of an unnamed coffee shop and production facility in Daejeon, South Korea, to allow for a presence to be made in the coffee-loving nation. If that wasn’t enough expansion for you, Reborn Coffee also plans to enter the business-to-business sphere through the introduction of its branded ready-to-drink cold brew beverages and a cold brew coffee ice cream. Just imagine the beautiful packaging to be made with “America’s Best Cold Brew” smack on the front.

Ultimately, the small coffee shop startup has shown its will and ability to grow through its continued display of taking market share in the enormous retail coffee market. Reborn Coffee will run into many hurdles, like top-dog competitors, such as Starbucks and Dunkin Donuts, but its unique and patented brewing process mixed with strong leadership will provide a competitive edge and allow for continued growth.

Is Reborn Coffee a public company?

Reborn Coffee is owned primarily by CEO Jay Kim, and the various holders of the 1.44 million issued shares.

When is the Reborn Coffee IPO date?

Reborn Coffee had an IPO date of August 12, 2022, being pushed back from an expected IPO in the first quarter of 2022.

If you are all powered up to find other Food companies — plug into Gainy today.
Try Gainy 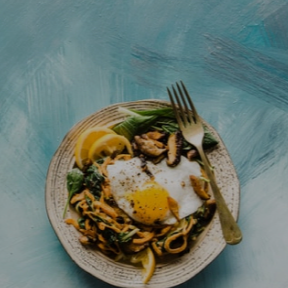 Food
Food companies
5
stocks
Want to see how REBN has performed since the IPO?
Try Gainy
Check up-to-date information in the app