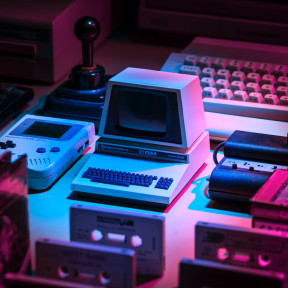 Even though we’re past the IPO boom of 2020-2021 and barely any companies went public in 2022, Twitter actually did a reverse IPO when Elon Musk finally bought the company for $44 billion. Now many people are wondering how we got here and what’s next. Since upon hearing the news many people are still asking “is Twitter publicly traded?” and when did Twitter go public? Read on to find out everything about the Twitter stock IPO.

If you still don’t know Twitter is owned by Elon Musk, just ask your nephew they’ll tell you everything about it. No, we don’t know what’s next, nobody knows except Musk himself, but we know how the original IPO happened, so let’s take a look at that.

Twitter was created in March 2006 by Jack Dorsey, Noah Glass, Biz Stone, and Evan Williams and launched in July of the same year. It quickly rose to prominence as the world’s town square that welcomed discussion on all sorts of topics for all kinds of people and put celebrities and influencers at the tap of a Tweet button for ordinary people — if you had something interesting to tweet to them of course.

By 2012, after several rounds of private funding and public growth, Twitter reached 200 million subscribers and seemingly it was time for the platform to go public so they started the IPO process. IPOs can be a great way for companies to continue their growth by attracting public funding from institutional and private investors all around the world.

As more and more polarizing issues began to emerge in the world and on Twitter, the platform itself increasingly became a polarising issue around things like sexual preferences, cultures, elections, and medical treatments.

The mainstream viewpoint on this was that Twitter allowed dangerous misinformation to spread and had to be censored, to the extent that a sitting president was permanently banned from the platform. The conservative viewpoint was — and is — that limiting free speech is more dangerous that any information in any tweet. And, to be fair, the platform does not censor official accounts of self-proclaimed terrorist organizations or pornography, but censors “toxic masculinity” and “medical misinformation.” So go figure.

But that’s how we got here, and that what’s why in January 2022 Elon Musk started buying Twitter shares and by April became the largest shareholder who owned a 9.1% stake.

On April 14 he made an offer to buy out the company for $43 billion, promising to bring free speech back to Twitter, make its algorithms open-source, get rid of spambot accounts and clear some of the excess wokeness. After months of cat and mouse by Elon Musk and threats by Twitter about taking the case to court, on October 27 Musk finally bought out the platform for $44 billion after selling $5 billion worth of Tesla shares for the transaction.

He fired several top executives, including CEO Parag Agrawal and half of other workforce, becoming the company’s new CEO.

Because Elon Musk always seems to find a way to make money on his investments it’s unlikely that he sold $44 billion worth of Tesla shares just for free speech alone, so we’ll see what’s in store for Twitter.

That’s why some people are already asking, when is Twitter going public again? It’s too early to say, we’ll have to wait and see until Musk makes the changes he wants to make.

Read on to find out about the original Twitter IPO date and price and other info about the first time the company went public.

Twitter launched its IPO on the NYSE on November 7, 2013, with the stock symbol TWTR. The combined wealth of co-founders Dorsey, Williams and Costolo reached $4 billion.

Since Twitter is not a private company, nobody can invest in it anymore unless you DM Musk privately and he agrees to sell you some shares. And looks like he may have to do that at some point as the social media company struggles with economic problems amid a mass exodus of advertisers from the platform.

According to The Information, Musk has told Twitter employees that “bankruptcy isn’t out of the question” (Yahoo). On Thursday 10 November, Musk had a call with all Twitter staff saying that the company may experience a “negative cash flow of several billion dollars” next year. We’ll have to wait and see what happens. Let’s hope this won’t become a hole Musk’s net worth for too long.

Check out our IPO section to look at other past and scheduled IPOs. If you want to find companies that match your interests, investment goals and portfolio, try Gainy for some great IPO investment ideas, as well as established blue-chip companies and a variety of other assets.

The Twitter stock IPO date was on November 7, 2013. Then, the microblogging service was listed on the NYSE with the ticker TWTR. Who knows what’s in store for Twitter next. Maybe Elon Musk will take it public again at some point in the future.

No, since Elon Musk bought 100% of Twitter shares, the company is now fully owned by Musk. The original Twitter IPO was in 2013.

They launched a traditional IPO instead of merging with a special purpose acquisition company (SPAC). This is an alternative way of launching an IPO by merging with a blank-check company, which was very popular in 2020-2021.

What’s the next big thing?
See other hot upcoming IPOs on the main page
Explore more IPOs
Download Gainy to discover TTF stock collections to invest in what you love
Try Gainy
Check up-to-date information in the app