Initial public offerings or IPOs are known as a great way for investors to get good returns in a relatively short time. On average, they can bring investors 40% in the first 3 months. Once the initial funding stages are out of the way, IPOs can be a great way for companies to sell their shares on the open market and raise more capital to continue their growth. If you’re following healthcare startups, you may have asked yourself, “is GoodRX publicly traded?” Read on to find out about GoodRX stock IPO and all the important information about GoodRX IPO date and price.

GoodRx is a healthcare company that offers a platform for tracking prescription drug prices in the US. The website and mobile app are free to use for consumers. GoodRx covers over 75 thousand pharmacies in the US and consumers can access discounts via GoodRx coupons.

The company was started in 2011 in Santa Monica, California by former tech executives, Doug Hirsch, Trevor Bezek, and Scott Marlette. Hirsh was an insurance executive at Facebook, and Marlette developed the photo application for Facebook and is one of original 20 employees at the company.

GoodRx received little funding in the first years of its existence. In the first 10 years in business received only $1.5 million.

By 2018 the company was valued at $2.8 billion by Silver Lake, an investment firm that was one of the biggest investors in the company.

In 2017 the company’s website got 14 million visits a month and millions of people are using the GoodRx app.

The company has been profitable consistently since 2016. GoodRx saw great growth during the pandemic when most people started shopping online, looking for the best deal. The company’s revenue grew almost 50% in the first half of 2020, reaching $257 million and $55 in profit.

The company  been asking themselves, “when is GoodRX going public?” to take the company to new heights.

Read on to find out about GoodRX IPO 2020 and other key info.

GoodRx launched its IPO on Nasdaq on September 23, 2020 under the stock symbol GDRX.

The underwriters for the IPO included all the major players — Morgan Stanley, Goldman Sachs, JP Morgan, and Barclays.

CEO Douglas Hirst and co-CEO Trevor Bezdek who own 4.5 million GoodRx shares each, both have a net worth of $2 billion. Interestingly, they are also some of the highest-paid executives in the US., just behind Elon Musk and Mike Pykosz of Oak Street Health.

Even though the market downturn has wiped out 90% of the stock price since the end of trading on their IPO date, both Hirst and Bezdek will continue to earn just under $500k each.

Even though the market downturn erased 90% of the stock price and market cap, GoodRx is a decent, profitable business that has every chance to retain its positions. In 2021 the company’s revenue was $745.4 million.

The GoodRX IPO is a great success for a company that had so little in funding. While the company’s current market cap of $2.4 billion is a big reality check for the pre-IPO valuation of $12.7 billion, it is still a win for the early investors. Others will have to wait and see. Hopefully innovative business models will prevail in the near future, but there is cause for concern.

It managed to negotiate very low prices with pharmacy benefit managers, or PBMs. Consumers could then access the best deals using coupons from GoodRx. This  increased the company’s market share, which in turn led to even better deals.

However, an unpleasant incident happened in Q2 2022, when Kroger was losing money on each prescription from GoodRx, so they stopped accepting their coupons. This can set a dangerous precedent if pharmacies have the chance to stop doing business with GoodRx this can lead to an unstable position.

What’s even better is to build a balanced portfolio of stocks in an industry you know or believe in. Download Gainy to check out TTF stock collections to invest in themes you like or investment strategies you’d like to try. Check out our IPO section to look at other scheduled IPOs. If you want to find companies that match your interests, investment goals and portfolio, try Gainy for some great IPO investment ideas, as well as established blue-chip companies and a variety of other assets.

Is GoodRx a public company?

Yes, the GoodRx stock IPO date was September 23, 2020. The telehealth company was listed on Nasdaq with the stock symbol GDRX. When a company launches an IPO (or initial public offering) this means they become a public company whose shares are traded on the stock exchange.

Is GoodRx a SPAC?

GoodRx launched a traditional IPO instead of merging with a special purpose acquisition company (SPAC). These are black-check companies created for the purpose of merging with a company to help go public. This makes the IPO process cheaper and easier but has its downsides like giving up equity and there are claims that they are structured to benefit the shareholders over the business. There was a bit of a boom of SPACs in 2020-2021, but many companies that went public this way didn’t do very well.

What’s the next big thing?
See other hot upcoming IPOs on the main page
Explore more IPOs
Biotech
Companies that make medicines out of living things
5
stocks
Want to see some great healthcare stocks? Get Gainy to check out the Healthcare TTF collection
Try Gainy 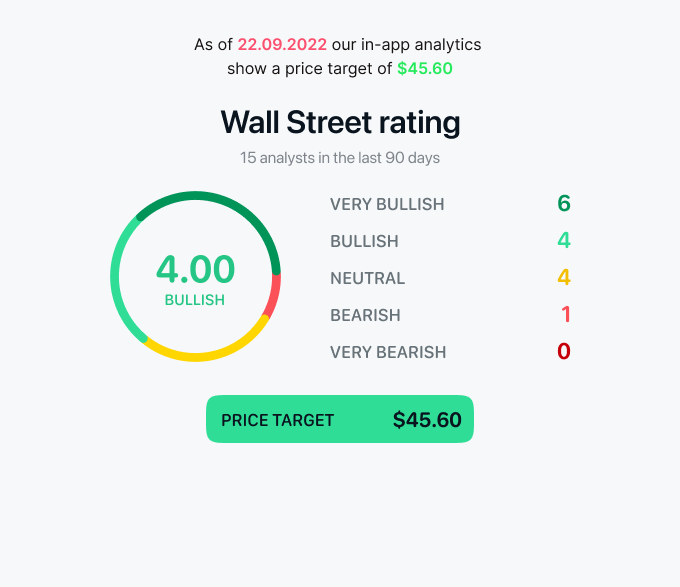