Initial public offerings or IPOs are known as a great way for investors to get good returns in a relatively short time. On average, they can bring investors 40% in the first 3 months. Once the initial funding stages are out of the way, IPOs can be a great way for companies to sell their shares on the open market and raise more capital to continue their growth. If you make websites and maybe even used this website making platform you may have asked, “is Squarespace publicly traded?” Read on to find out about Squarespace stock IPO and all the important information about Squarespace IPO date and price.

Squarespace is an online platform that offers a suite of products that let users create websites and online stores.

The company was founded in 2003 and has headquarters in New York. The founder Anthony Casalena himself was stuck for options to create his own website. So he decided to start his own website making company.

Squarespace was launched publicly in 2004. Its beautiful and thought-through templates and fonts make it a popular pick for photographers, artists, musicians, and other creators, as well as medium-sized businesses like restaurants and other venues.

Casalena didn’t raise any outside capital until 2010. Squarespace began public fundraising with Series A and B in 2010 and 2014. Both rounds were led by Accel and Index Ventures and raised $78.5 million for the company. In 2017 Squarespace raised an additional $200 million in the second round.

Even though Casalena himself has said he was never seeking an IPO for its sake but instead was focused on building a good business. Perhaps the company’s fast growth changed his mind and he began asking himself, “when is Squarespace going public?”

At the beginning of 2021 the company decided to start the IPO process.

Read on to find out about Squarespace IPO 2021 and other key info.

Squarespace launched its IPO on the NYSE on May 19, 2021 under the stock symbol SQSO

Since then the price has been falling, made worse by the overall market downturn.

The stock currently trades around $20, less than half of the initial IPO price.

Squarespace opted for a direct public offering instead of a traditional IPO or by merging with a SPAC.

CEO Casalena, who owned about a third of the company at the time of the IPO, had a net worth of $2 billion on their IPO date. This since went down to $1.1 billion. On the other hand, he managed to sell some of his shares as part of the direct listing, so he received a good lump of cash as part of the IPO.

Some analysts think that Squarespace is almost 50% undervalued, which is good news for those who like the company and believe in its future potential.

All the available services online that offer similar things may be an obstacle. However, none of them offer the same combination of style, ease of use and integrations as Squarespace, so the service is likely to retain its niche position for those with a good taste. At the same time, the premium pricing can be an issue when creative professionals are always looking for ways to cut costs.

Squarespace generated $784 million in revenue in 2021 and is looking to continue to grow.

The Squarespace IPO is a typical example of how you can get good returns within the first month of the company going public. But investments like IPOs are speculative and much riskier than big companies with proven business models, robust earnings, and potential to scale. While it’s fun to try, don’t rely on IPOs to bring you money, timing the market is hard.

What’s even better is to build a balanced portfolio of stocks in an industry you know or believe in. Download Gainy to check out TTF stock collections to invest in themes you like or investment strategies you’d like to try. Check out our IPO section to look at other scheduled IPOs. If you want to find companies that match your interests, investment goals and portfolio, try Gainy for some great IPO investment ideas, as well as established blue-chip companies and a variety of other assets.

Is Squarespace a public company?

Yes, the Squarespace stock IPO date was May 19, 2021. The website creation company was listed on the NYSE with the stock symbol SQSP. When a company launches an IPO (or initial public offering) this means they become a public company whose shares are traded on the stock exchange.

Is Squarespace a SPAC?

Squarespace decided to go for a direct listing instead of a traditional IPO or merging with a special purpose acquisition company (SPAC). They decided to make their IPO process as straightforward as possibly by offering its shares directly to the public without an investment bank or other financial intermediary.

Want to see how SQSP has done since its IPO? Download Gainy to get smart insights
Try Gainy 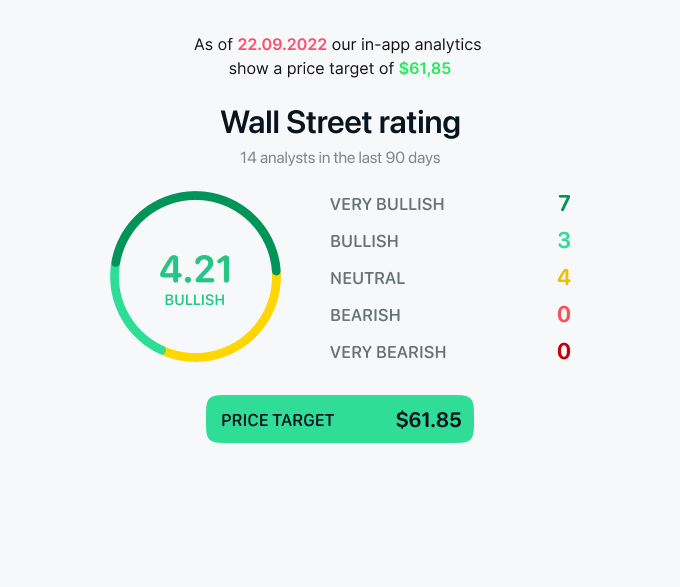